War In a Box Paper Tanks is a Strategy game for PC published by DQ Team in 2014. Towers which are made up of papers!

You are going to build your defenses against the enemies using papers, otherwise, they would destroy your base. 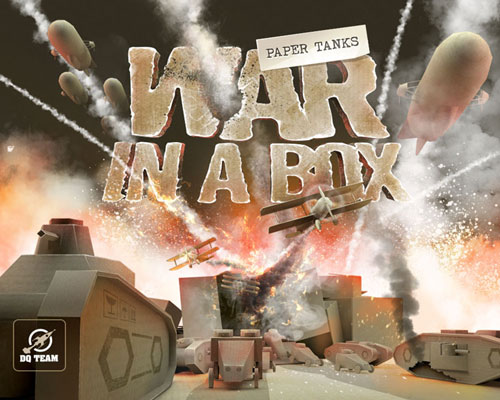 The enemy forces are planning to attack your lands. They will use many ways to win the battles. The enemies also have much better equipment than you. Helicopters, Tanks and Jets are some of them. The battles will be on the tables made of wood. The environments may seem so simple at first. Because there won’t be many troops at the start of War In a Box Paper Tanks. When you pass through the levels, The environments will become more crowded.

The players can use turrets to defend against the attackers too. The turrets can make lots of damages on them. But they need to be upgraded faster than the other buildings. Because they are the main defensive items at this game. The most simple model of turrets has just a standard weapon inside. They can be even upgraded to Tesla towers with a large amount of damages. This game supports various zoom options. The player can adjust it manually.

All of the environments at this strategy game are in 3D graphics. We aren’t facing so much detailed environments. Because the developers have focused on the gameplay. Remember that this game is an Indie game!

Features of War In a Box Paper Tanks:

0 Comments ON " War in a Box Paper Tanks Free Download "