Wall-E is an Adventure game for PC published by Disney Interactive in 2008. The game truly inspired by its animation!

As the earth has become a lifeless place, humans have moved to a new place in the space and WALL-E is a hard worker robot there working for the humans. 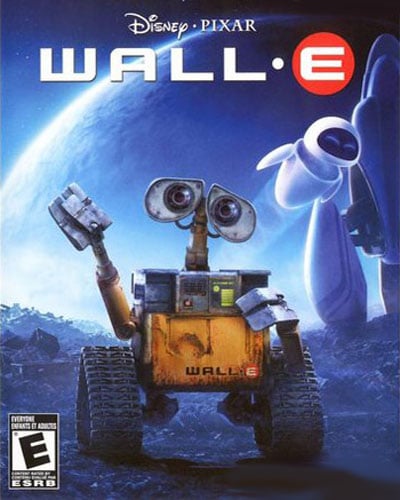 It seems that life on Earth never gets back. Because the robots have the control of humanity. Everybody thinks that life is perfect for humanity. But it’s terrible! Because humans just spend their lives by eating food and sleeping. None of them have experienced love unless Wall-E decides to change everything. Although he is a robot, But he care about Earth more than the others. You have to play as this lovely character to do impossible missions for humanity.

Actually, You will just work by yourself at the primary levels. When a shiny robot named EVE comes to discover the tree of life, You fall in love with her. She doesn’t have any sense about you at first. But you have to try to get to her. She gets back to the humans’ planet after a while. So, You decide to travel to this planet for your love. Wall-E is a kind of lonely creature who wants to make changes in his life by helping humans. If you want to help him, Try this game for free.

The player won’t have any special abilities at this game. But the little creature named Wall-E will change everything in the universe by saving the tree of life. This adventure game will remind you the best scenes of animation with the same name.