Turok is an Adventure and Action game for PC published by Night Dive Studios in 2015. Actually, The main version was released in 1997.

Are you ready to meet the same dinosaurs after eighteen years? They are even more dangerous than before! It’s time to hunt them. 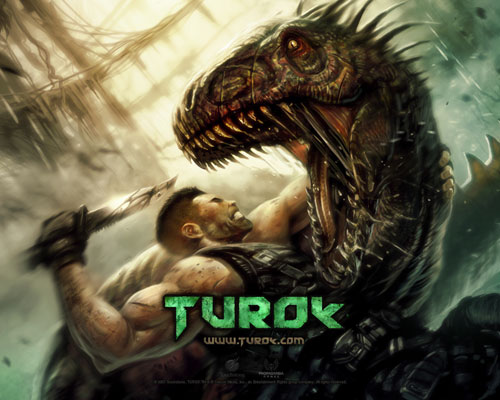 There are hundreds of changes at this new update for Turok that will make you amazed. If you’re not familiar with the gameplay, The tutorial part has been designed for beginners. You can try shooting at this part for some minutes to get the primary skills. The world that you’re in, Is full of enormous dinosaurs and prehistoric creatures. If the players want to survive, The only way is to hunt any of these creatures with your weapons. But there will be some problems in hunting such as weapons.

You will have only a knife at the first level of Turok! You can’t hunt big creatures with this knife. So, It’s better to search for the smallest creatures in the environment. Laser-Guided T-Rex, Razor-toothed Raptors and Artillery-packing Triceratops are some of the dangerous enemies against you at this enjoyable game.

Although the graphics have been improved at this version of Turok, It can’t be compared with the other new titles. The gameplay is the most important property of Turok as the previous version had it as well. That’s why the players of Steam have rated this amazing game 9/10.