Tiny Troopers Zombies is an Strategy and Action game for PC published by Iceberg Interactive in 2012. Lead your little soldiers to face the zombies!

The enemies have already taken the front lines, and you, as a real brave commander should help your armies to take it back. 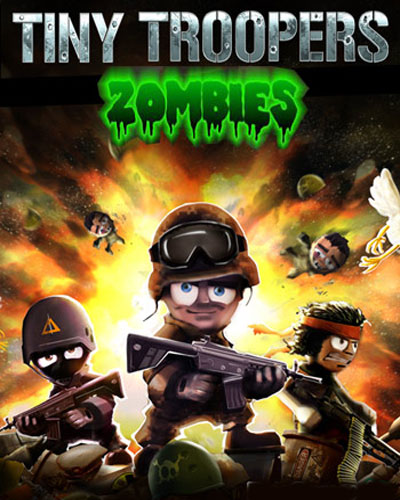 Each soldier in your team can handle a weapon on his hands. It’s up to you to choose his weapon. If you buy powerful guns for them, They can be much useful in the battles. You need to use the best tactics in the battles of Tiny Troopers to be successful. Remember that this version includes extra enemies named zombies! They can be really dangerous for your team’s members. If you want to face them, You will need to get new items from the store.

Tiny Troopers Zombies includes new environments which have dark themes. Most of them are a bit scary. You can request for reinforcement troops in some cases. But your request may not get accepted. That’s why you have to be enough prepared to face all of the enemies in a level. Your soldiers’ skills can be improved and get upgraded to the higher levels. Players can use some special items to get better results in the battles. But these items need to be purchased first.

If you’re ready to meet hundreds of zombies, Try this game. Tiny Troopers Zombies is a successful DLC pack for Tiny Troopers that have released some months after the main version.