The Walking Zombie Dead City is a Casual and Action game for PC published by Alda Games in 2018. Stand against the army of zombies!

This is a special town which is surrounded by tonnes of zombies and you will be standing against them to save the city. 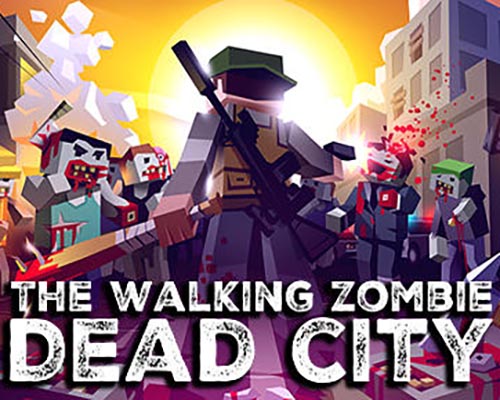 The Walking Zombie: Dead City is our small side project about the unlucky survivors in a world destroyed by the zombie apocalypse. You will buy and upgrade weapons, kill tons of zombies and enjoy many different environments and boss fights. It also features an online co-op mode because everyone needs a little bit of human warmth and an extra pair of gun-wielding hands in a world full of zombies! The Walking Zombie: Dead City is a first-person shooter with a cooperative mode where you play as a rather immobile survivor of the zombie apocalypse.

Don’t ask us how (you will learn in-game) but you lost your leg, so there is no way to retreat – it is either you or them. As you progress, you will upgrade your weapon, unlock new ones and buy some grenades or medkits. The world of Walking Zombie might be a little bit too blocky to cause terror in your heart but it definitely isn’t a safe place. Your character learns that the hard way when he loses his leg while searching for an important medicine.

There is no pleasant apocalypse! You will have to take your gun and kill all zombies that are attracted by the smell of your brain, defeat huge boss monsters and fight in the arena for the amusement of the last human survivors.