The Happy Hereafter is a Strategy and Casual game for PC published by Buka Entertainment in 2013. Will you help the protagonist?

You are going to play in a town which has not been discovered by humans and lead a team of witches and undead. 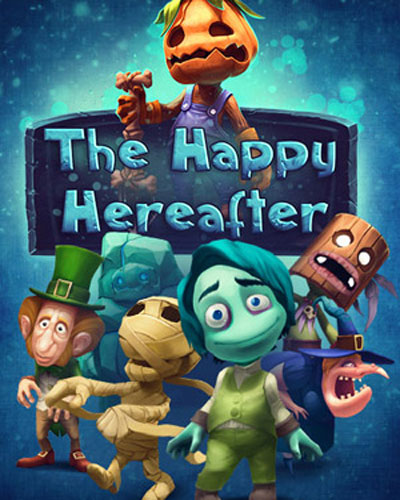 Welcome to The Happy Hereafter, a casual sim in which you guide the newly dead as they build an afterlife for themselves and their fellow lost souls. Possessing uncanny management skills, you’ll control a legion of zany characters as they arrive at their eternal destination and settle in. There will be no rest for the wickedly funny as you put them to work building houses, harvesting resources and earning money to build a village to rival Paradise. Explore weird but wonderful landscapes, discover cleverly hidden secrets, and complete dozens of challenging missions in your quest to create a little slice of Heaven in the underworld!

There are six locations to build the village at them. If you want to earn more coins, More than one hundred missions are available. The players can get rewards by finishing these missions. Some missions may take even less than a minute. So, It’s better to complete all of them. Because the group wants more coins to have a better afterlife! The players have also protect them against the dangers. Most of the dangers are natural. Before they get into the danger, They should be safe as well.

There are some animation scenes based on comic books. Although they are short, They can help you know the story very well. The beginners should finish the tutorial part at The Happy Hereafter to get some skills. It means that you can’t skip this part without completing it.

Features of The Happy Hereafter: