Tennis in the Face is an Action, Sports and Casual game for PC published by 10tons Ltd in 2015. Beat in their face with your rocket!

Playing as a skilled tennis player, you will find yourself in the middle of a battlefield where you must fight the enemies with your tennis skills. 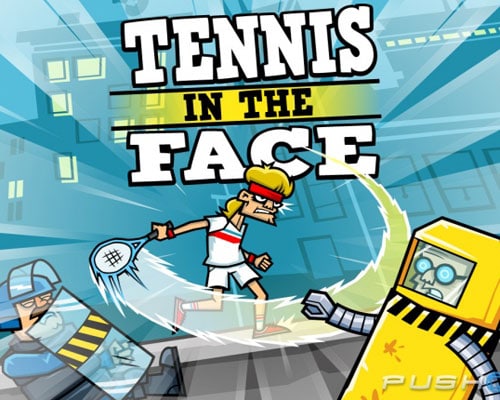 You should learn how to aim at first. Then, You can easily shoot the ball. Player should choose the fastest way in the shooting times. For example, If you become successful in beating more than one enemy with a ball, You will be given extra scores. In some levels, You have to play like this. Otherwise, You won’t be able to finish that level. Because the number of the balls will become lower and lower by passing the levels. So, Try to aim better than anyone.

This Action Casual game includes more than one hundred levels. Each level has a different environment than the others. So, Player won’t get bored of this. The difficulty level of Tennis in the Face will get increased level by level. You should earn enough skills in aiming and shooting the ball to be the winner. There are also many types of police characters that will be annoying during the game. Some of them need to be punched for more than one time.

As some of you know, Tennis in the Face got released for android and i-OS before PC version. It got great reviews by the players and critics. After this game got published on Steam, It has 8/10 average rating based on the users’ ratings.

Features of Tennis in the Face: