Steampunk Tower is a Platformer and Strategy game for PC published by Chillingo Ltd in 2015. Help Bingham out to protect itself!

You are the only one that this city hopes on. You will be protecting the mines of its area. 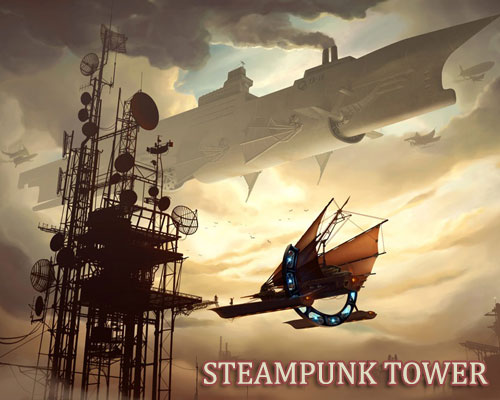 The player can use a defensive tower to defeat all of the enemies who are attacking. Actually, You will be the leader of the soldiers who are working on Steampunk Tower. At the first part of the game, This tower has limited powers. It can only defeat a limited amount of invaders. But you shouldn’t worry. Because the number of the attackers won’t be that much high. So, You can easily use your tower’s powers to kill them. Your tower can also be equipped by many items.

There is a detailed customization system in Steampunk Tower. Before you purchase an item, You need to discover its usage. It may be useless on your tower because of its usage. In that case, Your money would be wasted. There are some items that can’t be used on tower at the same time. The players have to know about this type of items too. There are different types of invaders in Steampunk Tower like robots. Some of them are known as boss-fights at this game.

It’s a bit hard to defeat boss-fights with your Steampunk Tower within some seconds. It will at least take more than some minutes to defeat them without losing your health points. The players can also use spells like bombs to make a large amount of damages on the enemies.