Star Vikings is a Strategy, RPG and Casual game for PC published by Rogue Snail in 2016. Lead the future Viking forces!

The world is being attacked by the aliens and you will guide your Viking forces to overcome these attacks to save the world. 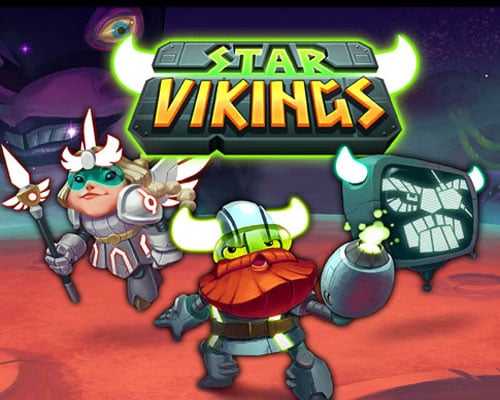 You can have five viking heroes in your team to face the aliens. It’s possible to move all of the characters at the same time. But you should get enough experiences to do that. That’s why you have to move only one character in the first level. After you defeated the enemies on him/her line, You can move the other heroes. Each viking has unique abilities that you can read about them in their descriptions. If you want to have good choices as your heroes, Read them carefully.

The puzzles are Procedurally-generated in Star Vikings. You will never get bored of the gameplay because of that. Each time you play a level, You will have different experience than the previous time. Your vikings can be equipped by many items such as weapons. Their items can also be upgraded on the store easily. The only thing that you should pay attention is earning money. The players can make lots of changes on the viking characters by that.

If you have played Plants vs Zombies before, This game would be familiar with you. Actually, You will have the role of invaders instead of defenders in Star Vikings. So, You should be much powerful than the defenders to reach victory.