Spirits Abyss is an Action game for PC published by Caiysware in 2019. Very whimsical atmosphere!

Just a great game in the style of old-school platformers. Emotional pixel graphics. Several game classes, each of which has its own methods of destroying underground inhabitants. 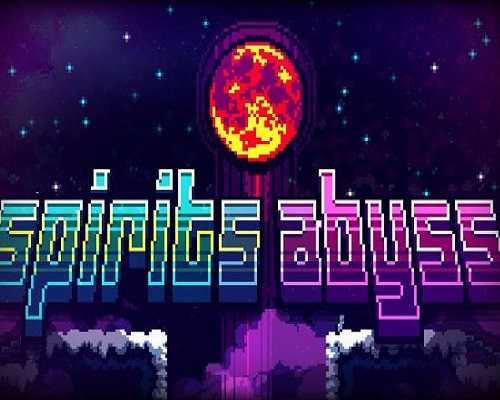 ~ In lands long forgotten, stories told of a mountain top that leads to the gates of the Resting Realms. For it was believed a child cast into the abyss under the gaze of the blood full moon may one day return… but that child shall wield the wealth and power over The Undying. ~Gameplay
Spirits Abyss is a rogue-lite platformer with destructible terrain (or Spelunky-like). Cast into the Mountainous Abysm you must venture into its randomly generated depths battling phantasmic meanies through diverse spoonful biomes, meeting curious compadres, and plundering its many useful items and treasures to hopefully find a way back home beyond the Guardian of the Undying Gate… but does something nestle beyond the realm veil of death?

There’s a variety of game modes to explore. These include online seeded challenge runs, a strategic collectible card battling game, and a free play mode where you can use the gold you loot to purchase necessities for future runs. There are also alternate playable characters each with their own weapons, upgrades, and playstyles, and of course unlockable hats!

~ But perhaps the stories are true? Do the fabled gates really exist? Where may they lead? And who may well dwell in such haunted realms beyond? ~