Skulls of the Shogun is a Strategy game for PC published by 17-BIT in 2013. Handle the soul of Shogun after his death!

You are going to revenge your death from all of the kingdom’s soldiers. Step into the historical areas of Japan and take revenge. 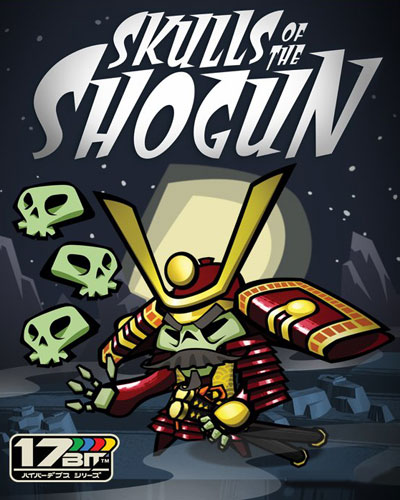 Because you control the souls of Shogun, Your army includes lots of other souls! That’s why you will have magical powers that humans don’t own. The battle will be between the dead and alive! The player can train great troops for the army with money. When you’re out of money, It would be a bit hard to finish the level. Because your enemies will send extra troops to the battleground at the finishing part of the level. So, try to moderate your money carefully.

You need to collect scrolls at this game’s levels. Scrolls are the most important items in Skulls of the Shogun. When you collect any of them, they get added to your collection. All of the collected scrolls can be shown on the menu. You can improve your powers by these scrolls. This type of item will help you win the game faster. Each character in Skulls of the Shogun will have specified Health Point. When this point gets finished, That troop will be dead.

This game has got an amazing average score (9/10) on Steam by the users. The critics have rated it as an enjoyable game too. For example, the Joystiq website has given it 5/5 which means great. You can try this strategy game for free on FreeGamesLand!

Features of Skulls of the Shogun: