Save the Prince is a Casual and Time Management game for PC published by Maximize Games in 2013. Help the prince out to battle the devils!

Save the Prince PC Game 2013 Overview:

As the devils attack to the kingdom, the prince escapes retreating. Now you must go after him to help him face the devils. 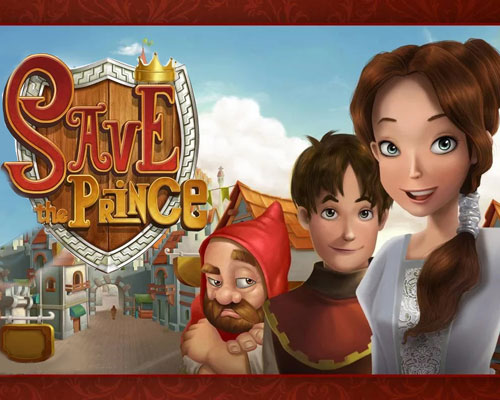 There are a girl on the story that will help you so much. The prince has also fell in love with her. All of the people who were in the city, Have been turned into stone. They can’t move or talk. It means that the princes is the only survivor. If he doesn’t do anything about the attackers, They will destroy the city within some days. But the players won’t take the control of the princes himself in Save the Prince! You will play as a dwarf all over the game.

He is a professional road builder in the city. The players have to rebuild the destroyed roads with some equipment. There are only few equipment at first for this dwarf. That’s why it’s easy to finish the levels without any skills. When you finish the primary levels, The difficult levels become available on the map. Save the Prince includes forty five levels with five different environments. The environments will be changed when you complete eight levels of the game.

There are some magical powers to defend the prince’s carriage. Because the attackers may attack suddenly to hurt the prince and his love. So, If you are ready to build hundreds of ways in the environments like jungles, Try this enjoyable title for free.

Features of Save the Prince: