Roaming Fortress is an Action, Casual and Strategy game for PC published by Brisk Mobile Inc in 2014. Traveling to a land called Manatalopia!

A special land which defended by many different guardians is now being attacked by goblins. 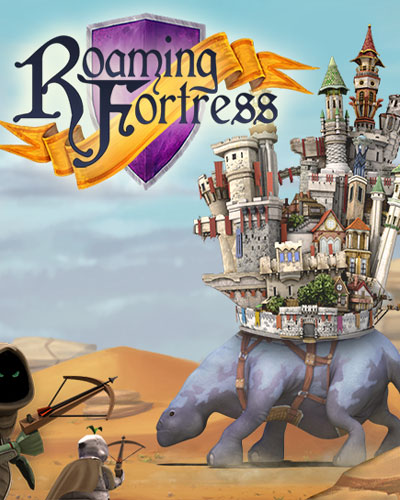 In this terrible condition, You should play as a knight who controls a Roaming Fortress! Your castle is a moving one which can be moved to the other destinations easily. An enormous animal carries your castle as well. The enemies are getting closer to it. You should be able to defend your people against the troops who make damages on your animal. This powerful creature has lots of abilities to kill the attackers by them. You should just improve those abilities to fight.

If you’re not satisfied with your primary pet, You can change it on the store. It’s also good to know that there is a detailed customization system for all of your items. The enemies will attack on waves to destroy the castle. Their attack plans are randomly-generated. It means that you won’t see a repetitive attack plan when you’re facing the enemies. If you’re ready to save the Kingdom of Manatalopia, Prepare your Roaming Fortress to kill all of the invaders.

There are different types of enemy forces at this game. If you analyze all of those characters, Your fighting skills would become more useful against them. Roaming Fortress has 2D graphics with detailed environments which will can be enjoyable for the fans of Action Strategy games!