Riptale is an Adventure and Action game for PC published by Super God in 2017. Use your sword to kill the enemies with it!

You will be granted a legendary sword, which you will be cutting enemies into pieces using it. 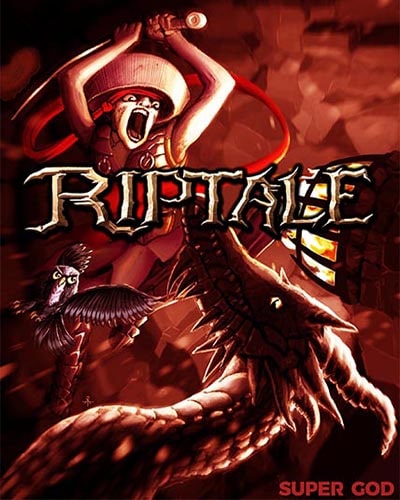 This is a 2D action game aiming to make sword combat be as bloody and impactful as possible. The player collects gems that allow them to execute different attacks in the order of their choosing. All this results in a symphony of combos that fill the screen with blood and guts. If Riptale was a board game it would shoot scissors at you. Instead of erratic hacking of the attack button the player must instead first aim at their target and then strike.

The attacks are powered by arcane gems which make them powerful enough to bring down the ancient dragons threatening the world. Each gem takes a few moments to recharge, which means the attacks must be planned carefully lest they run out at the worst possible moment. INTERESTING ENEMIES: Encounter dragons and mystical cultists and end their reign of terror.

UNLOCKABLES: Unlock pets, scarfs, and trinkets by completing achievements and challenges. MYSTERIOUS LORE: Piece together the history of the buried civilization by reading books.