Red Game Without A Great Name is an Action game for PC published by iFun4all Ltd in 2015. Guild a robotic giant bird flying in the sky!

This is a special game where you will be riding a mechanical bird which is about to fly over different environments. 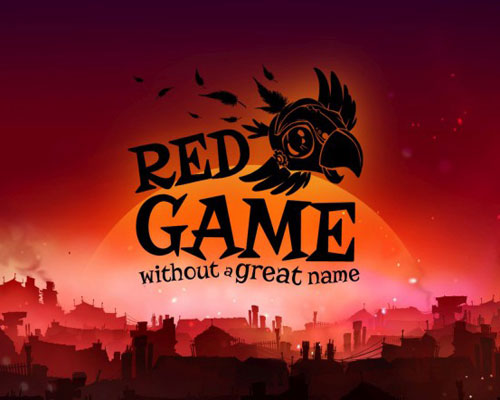 This mechanical flier has the ability to teleport. Teleportation is the only ability for the players that can be used so much. You can use this ability to move from a place to another place less than one second! But you should remember that it’s limited. It’s not possible to move to farther destinations. So, You shouldn’t depend much on this skill. Amateur players need to fly fast at first without any accidents. Because of the big obstacles on your way, You may have accidents many times!

Red Game Without A Great Name includes sixty levels in total. The players can also collect more than one hundred eighty gears on the way. Each gear can be used to upgrade your mechanical bird. When you use a gear in the customization system, The system shows the improved part of the mechanical bird. So, The player can use that part better than before. Time is important at this Indie game. If you lose the time so much, You will be the loser of the game too.

Your acceleration would be helpful so much in Red Game Without A Great Name. As we know, We’re facing an indie game with hard difficulty level. So, Try your best to get the best scores at this amazing title.

Features of Red Game Without A Great Name:

0 Comments ON " Red Game Without A Great Name Download "