Reaper Tale of a Pale Swordsman is an Action, Platformer and RPG game for PC published by Hexage in 2014. Monsters everywhere!

You are the swordsman who seeks to help his people and himself. As the monsters have taken your lands, you must face them to take your lands back. 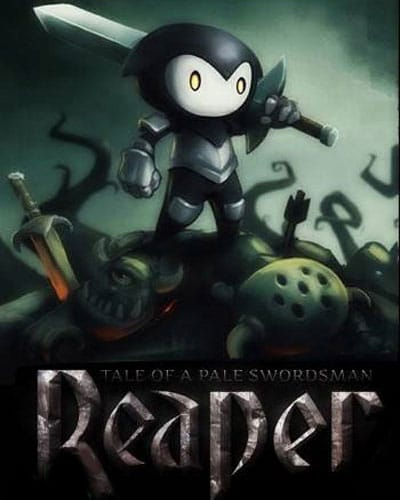 There are lots of enemy types at Reaper Tale of a Pale Swordsman such as demons. All of them need to be removed from your lands by your deadly sword. Your character has lots of fighting skills which can be used by the players. Remember that all of these abilities should be taught at first. So, You won’t be able to use all of them in the primary levels. All of your abilities should get improved in the next levels. Otherwise, You won’t have enough power to kill them all.

You can use other items near your weapon to fight the enemies. Some of the items can be collected on your way. But the others should be purchased on the store by coins. The battles is between the savage tribes of Wilderness and the industrious Imperium. This is a battle which has started a long time ago. You need to finish it by defeating all of the enemies. You can use thirty types of abilities for your swordsman to reach this goal. So, Get ready for the deadly battles.

This Action RPG game includes some game modes too. If you get bored of story mode, You can easily run the other modes of Reaper Tale of a Pale Swordsman. They will give you extra scores too.

Features of Reaper Tale of a Pale Swordsman:

0 Comments ON " Reaper Tale of a Pale Swordsman Download "