Pyramid Raid is an Action, Platformer and Casual game for PC published Travian Games GmbH in 2015. A mummy in Egypt!

A businessman who just turned into a mummy after the journey he took, and now you are going to join him on this journey. 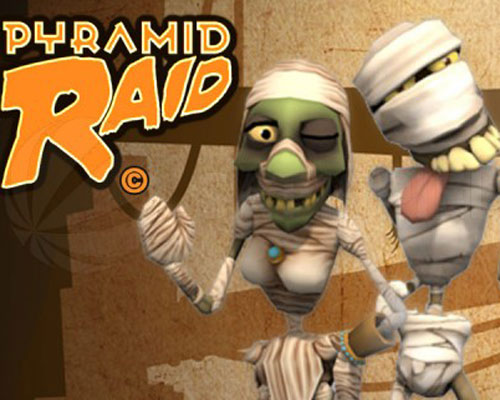 Pyramid Raid offers a unique mix of platforming and tower defense elements. You take control of a former Egyptian merchant turned mummy and try to survive pyramids built by other players. You were a sly, wealthy merchant in ancient Egypt and you still want to be one, even though you’ve joined the ranks of the undead.

To do this, you have to raid and amass treasures from other Pyramids. Of course, the Pyramids won’t just simply give their riches to you. You have to overcome all sorts of devious traps and avoid dying to get through the pyramid and steal the treasures.

We put a high emphasis on speed and timing. It’s as much about finding the fastest way to clear the level as it is about clearing the level at all. The level building part, however, gives you an easy-to-use editor, one that allows you to create exactly the level you want to create. And if you do a good job and other players enjoy your level, you get even more treasures for it!