Pocket Rogues is an RPG and Action game for PC published by EtherGaming in 2018. Upgrade your fortress and make mighty heroes!

Explore the randomly genrated locations, and face the hordes of enemies to find what secret lies under these locations. 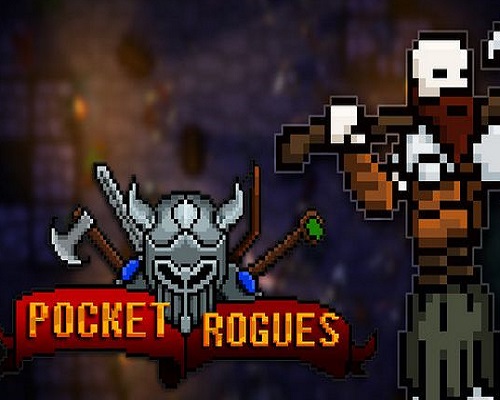 Pocket Rogues brings old school Action-RPG flavor to the Roguelike genre. Pocket Rogues contains many different dungeons, each with its own unique loot and monsters.

A wide variety of classes and dozens of specializations allow you to take alternative approaches to the game’s numerous boss battles, and each will test your skill in a new way. Add in Pocket Rogue’s traditional RPG components, such as character progression and exploration, and you will never feel bored!

“For many centuries, a dark dungeon has called to hapless travelers, whispering secrets and promising priceless treasure. None who enter have ever returned, and rumor says that each met an unspeakable fate at the hands of a true Evil. These gloomy legends, of course, only entice new adventurers to try their luck in the depths, eager for glory, fame, and riches beyond imagination. What are you waiting for? It’s time to become one of them!”