Orbital Gear is a Simulation and Action game for PC published by Night Node in 2014. Enter the world of fighter robots and become a warrior!

You will be choosing your fighter robot and enter the battles to gain experience and improve its skills. 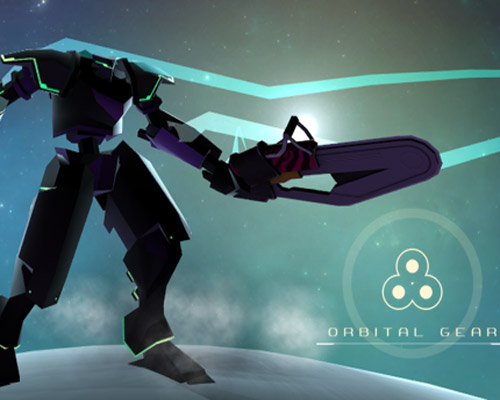 Enemies are waiting. You will fight at the environments out of the earth. There will be no humans. It’s the fight between robots. Players can choose one of twelve weapons. When you were ready for battle, Set the ready button. Enter the game and finish the tutorial part. Earn coins by defeating enemies. Then go to the store. Buy new items with the coins. Also you can upgrade your previous weapon with these coins. Try to be the best shooter in the planet!

You have to fight alone with a large amount of enemies. Orbital Gear seems 2D. But it has 3D graphics with colorful environments. At these places, The war will begin. As I said, This game supports online mode. You can connect to the servers. Then choose real players for the enemy side. Of course it will be randomly but the opponents depends on your level. Because of being at the space, There is no gravity. You can easily jump and shoot at your opponents.

Although Orbital Gear has low size, It has great graphics. Also the levels are various and different from each other. Players will enjoy playing this side sidescroller shooter game with lots of beautiful environments. Earn scores and coins to be the most powerful fighter on your planet! It seems hard but if you want it, That would become true.