Mutilate a Doll 2 is a Simulation and Casual game for PC published by Rava Games in 2019. Create a way to kill the ragdolls!

A funny pleasure, made of ragdolls. You will be making your character and then begin to kill them with the weapons you have designed. 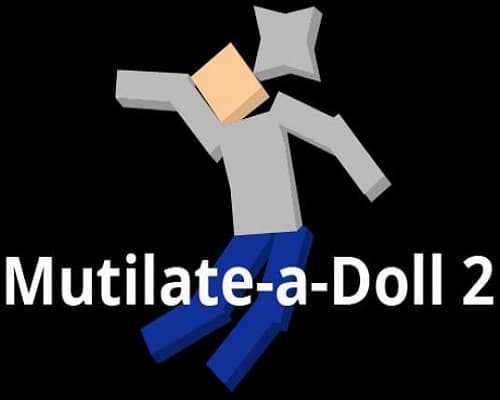 A highly customizable virtual stressball and physics sandbox about mutilating ragdolls in various ways using an overwhelming amount of weapons and tools.

This is the best 2D Ragdoll murdering simulator of all time. With 1750 items in-game, it’s like playing with the dolls from your childhood all over again…. Except you have all the extra accessories which you could only wish to buy, and you can also brutally murder your dolls and not have to worry about your parents not buying you any replacements. Make your ragdoll hold and fire weapons, wear clothing and armour, release murderous flying drones and a lot more in this little but big sandbox game.

Mutilate-A-Doll 2 is a great game by many means, even just for being a quite simple flash game. No goals at all (obviously because of it being a sandbox), can absolutely run on any computer (unless it’s an awful potato computer from the early 2000s), and contains a huge load of fun for such a small file.

Features of Mutilate a Doll 2: