Mosbys Confederacy is a Strategy game for PC published by Tilted Mill Entertainment Inc in 2008. Relive the ancient battles!

You are going to play as Singleton Mosby who had good experiences in civil wars. With him reach victory. 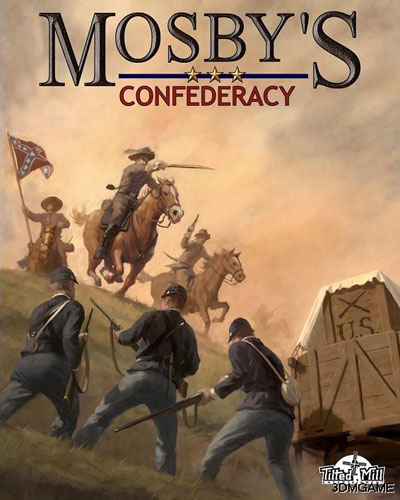 All of the missions are randomized at this game. It means that you need to face any of the missions in their own times. Your army isn’t so much strong at first. That’s why you have to fully change its members. You can use many types of soldiers like scouts, guerilla fighters and skirmishers in your army. Each soldier will have a specified duty in the army. But you need to train all of them for some money. Train cost of each soldier is different than the other in Mosby’s Confederacy.

There are many modes in this strategy game. The campaign mode is the main part. You will play history in a game. All of the battles are based on history. If you won’t be able to complete the missions successfully, The history won’t be repeated. When you’re in a battle, It’s possible to get help from your allies. If you had good relations with them, They will send reinforcement troops to support your army. So, It’s better to make your relations much better with the allies.

Before you start any battle, You have to send some scouts to analyze the enemy’s army. When they got back, They will give you a good analyze report from the enemy. If anyone is ready to repeat the history, It’s the time for it!