Mercenary Kings is an Action, Platformer and Adventure game for PC published by Tribute Games Inc in 2014. Control the military leaders!

A funny story about a few honorable soldiers who are trying to defend their city after facing the attackers. 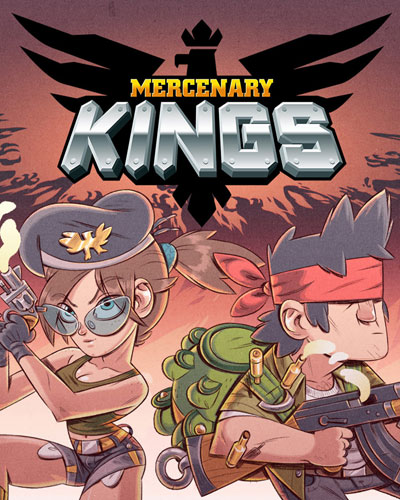 In this frantic 2D action game, you are part of the Mercenary Kings, the most skilled team of warriors-for-hire on Earth, but when your comrades have fallen and the fearsome forces of CLAW have seized an island-wide top secret Laboratory Base, you must do what it takes to stop them. But you’re not going in unprepared! Your back-up is made of a crew of rogue geniuses and experts of their field! Able to craft & customize guns’n’blades or upgrading body armor, you’ve never been this ready to join the fight. Whether its solo or with friends, move out, cut down CLAW and save the world!

At first, The players won’t have great weapons. There will be only a classic gun on your hands. But you shouldn’t worry about it. Because it’s so easy to find new weapons from the hidden places. The player can also use other items like bombs. Remember that the number of the items are limited. You shouldn’t waste them for weak enemies. It’s also necessary to purchase new items from the store. So, You have to earn money by defeating the enemy soldiers in the game’s levels.