Marcus Level is an Action, Casual and Adventure game for PC published by Plug In Digital in 2016. Help a little boy called Marcus!

As Marcus was playing video games, he found himself in the video game universe and now he has to try his best to get out of it. 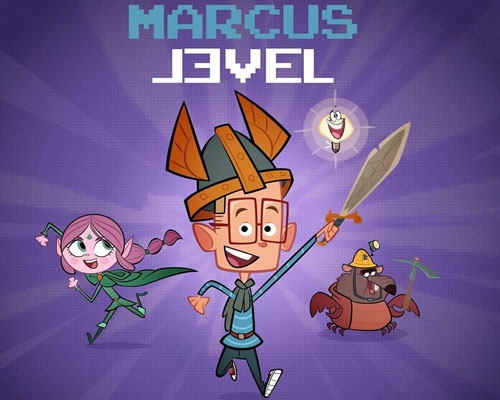 Now, If you want to get out of this video game’s universe, You should save Princess Aria. She is kidnapped by a bad character who is named Vipkrad. Before you succeed in saving her, You should collect Chokobongo and Mirror Shards on your way. Each peace of these items can help you get to the princess. They can also be used for your items’ upgrades. Marcus Level includes four different environments. It has also twenty exciting levels for the players.

There are some power-ups such as Magnet, Time, Heart and Loumi to save the princess much faster. Most of these power-ups can be collected easily on your way. But they can only be activated for a limited time. There is a secret in each world at Marcus Level. If you were able to find that secret, The key for the next world will be given to you. The players can unlock twenty peaces of artworks at this Action Adventure game. Although the artworks can’t be used in the game, They are so much valuable.

This game has got released on Steam recently. The players who have experienced it, Have gave positive scores. If you like to explore a fantasy world with cute characters, Try this low-size game for free on FreeGamesLand.