Magic Quest is an Action, Strategy and Casual game for PC published by Stereo7 Games in 2016. Get ready to battle against the waves of enemies!

The game provides brave heroes at which they should be commanded by the player and using them you must defend. 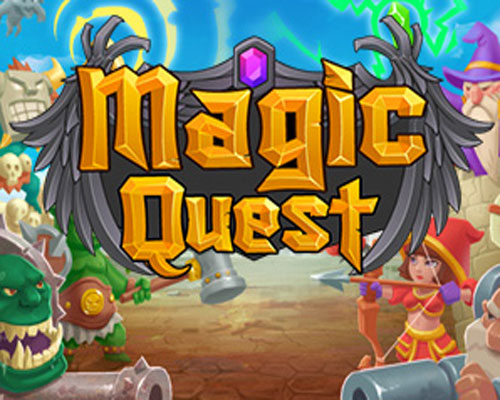 Magic, towers, strategy and super heroes are all in one tower defense game: Magic Quest! Plan your strategy and use special spells to defend your towers and win all battles. You will be able to command legendary heroes, such as elven archers, dwarven gunners, shaman warriors and wizards, golems and others – there is different 8 heroes with unique abilities in this tower defense game. Moreover, one of the main features is a scaling of maps. Bring them closer to see more details or hold the maps away to plan your actions.

In the Magic Quest tower defense you will face the enemies in various locations — valleys, dwarven mines, full of hidden treasures, mountains, deserts, seaboard, floating islands swamps and volcanic plains. All this marvellous places will serve as the scenery for your epic adventure.

It’s also possible to collect new treasures by finishing the levels. Magic Quest has different kinds of environments. You should use a unique plan for each environment. A defensive plan won’t be enough for all of them. So, Your creativity is so much effective in your succession. The player can use magical forces to defend better too. All of your forces are humans. If you want to use them in the battles, It’s better to improve their skills and abilities.