Kingdoms Heyday is a Time Management game for PC published by Big Fish Games in 2013. You have been asked to rebuild the kingdom!

As the king leaves for a visit, he gives all the powers to his daughter for a while. But the thing is, his daughter won’t be able to handle the things, and though she needs your help. 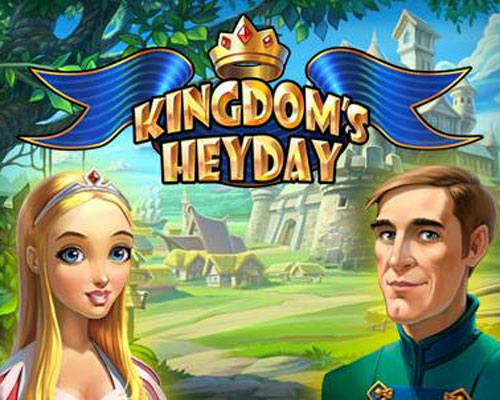 Although the princess has many skills at this field, It’s impossible to finish the works alone. The kingdom isn’t in a good condition. The player needs to build everything from the beginning. There aren’t many buildings in the areas. Most of the places are empty. But this can be helpful for you. Because you can easily create the buildings in the places that you want. The players will have the control of army too. The enemies are waiting to find a good way to attack.

If you don’t train skillful troops for the army, They will easily enter the valley. You need to develop the technologies too. These technologies can be helpful so much. For example, The cost of the troops training would decrease. Your buildings would be also more stronger than before. So, They won’t get damaged so much in the battles. The story of Kingdoms Heyday is based on marvelous comics. The players can enjoy this story by experiencing it by themselves.

There are forty eight levels in total for Kingdoms Heyday. Each level has some missions inside. When you complete the missions, You will be rewarded by the king. If you’re ready to manage a beautiful valley, Don’t lost the time! Because this one has great reviews by the users on Big Fish Games.