KEL Reaper of Entropy is an Adventure and RPG game for PC published by Stained Glass Llama in 2015. Become a fearful skeleton! 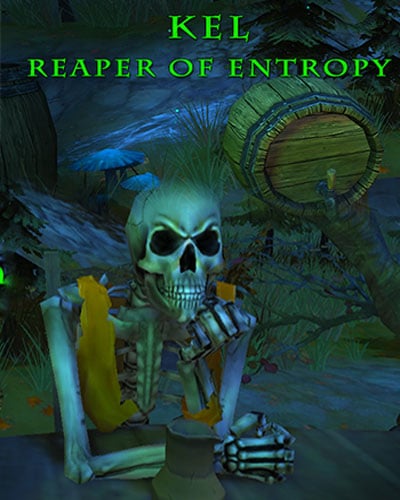 The more they get scared, The best scores you earn! So, The player should use many ways for fear. Some of the villagers are courageous enough to stay against the undeads. They needs to be feared by special ways. This kind of people need your great abilities which can be used for limited times. KEL the skeleton is the name of your hero. He is different from the other creatures. But he needs your help to get the best scores. When you start scaring the villagers, Some dangers threaten this character.

Sometimes, The targets may stay together to have more courage. It that case, The player shouldn’t enter that area. When you see that a mission is really dangerous, You don’t have to enter that mission for a short time. There are fifteen achievements to collect at KEL Reaper of Entropy. These achievements can be collected in missions that have hard difficulty level. The player has to be really careful to get them. KEL has a special ability which is named skill of cursing to damage the people’s brains.

This ability can be used many times in a level. But it has cooldown reduction like the other spells. The players can improve KEL’s abilities by earning scores. So, Don’t waist the time for scaring the villagers!

Features of KEL Reaper of Entropy: