IGI 2 Covert Strike is an Adventure, Action and Stealth game for PC published by Codemasters in 2003. A pro mission completer, David Jones!

Playing as a SAS force who handles the special missions, you are going to find stolen EMP chips. 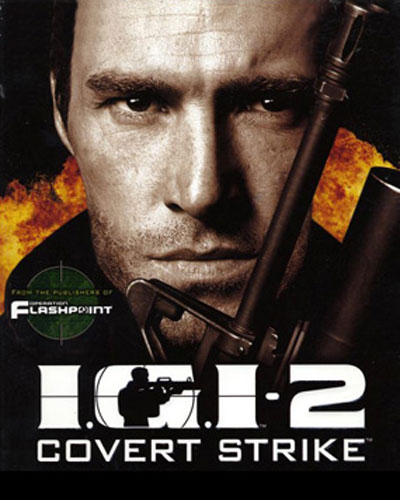 The game’s protagonist, David Jones, an agent working for the Institute for Geotactical Intelligence and former British SAS operator, was sent to the Carpathian mountains to recover a set of prototype EMP chips stolen by a group of Russian mafia from a high-tech US facility. After HALO jumping and infiltrating a weather station, Jones retrieves a chip that was stolen.

The researchers at IGI conclude after close examination that the chip that Jones found was actually an improved version of the chip. Then his mission director (Phillip White having replaced an injured Rebecca Anya) commands him to go to retrieve the remaining EMP chips so that the IGI researchers can launch a full scale research on the chips to determine their real usage for which the Russian mafia stole them for.

He is then transported to a local Russian storage facility where a convoy carrying the chips is due to arrive. He is instructed to obtain C4 explosives from the facility and destroy the bridge on which the convoy would pass and retrieve the chips by intercepting the convoy. After successful completion of his objective, he is then transported to a Russian weapons production facility to get the remaining EMP chips and their blue prints on White’s orders. After this incident, he is betrayed by his pilot, Robert Quest and mission director, Phillip White as they take the EMP chips obtained by Jones.