Guards is a Strategy, Puzzle and Adventure game for PC published by Battlecruiser Games in 2016. Make a 4-man arena group!

Show your skills in controlling a team of warriors by managing them well enough to be able to defeat the monsters which are roaming freely in the jungle. 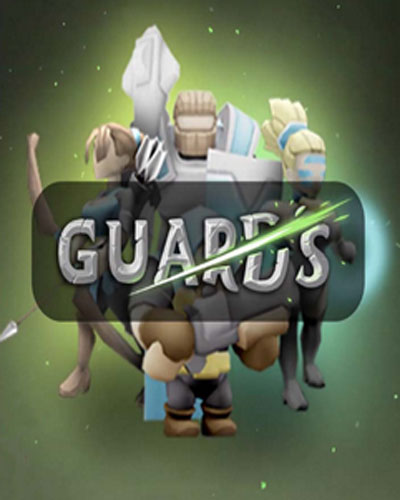 There are eight hero characters in this game that four of them can be in your team. It’s good to know that one of your heroes will be your reinforcement troop. He/She will help you by giving some items during the battle. Only three of your characters will fight against the enemies. So, You can have four heroes in total to face the big monsters. You’re not free to choose all of them at first. Four of them will be in your team randomly in Guards.

When you got enough scores by winning the battles, You can unlock the other heroes. Each hero can be effective in unique situations. The players have to discover these conditions to choose the most helpful ones. Every hero has some abilities that can be used on the battlegrounds. All of their abilities and skills can be improved at Guards. You can use many magical items to fight better. Before anything, You need to craft them on the store by earned scores.

It’s possible to upgrade the crafted items too. The more scores you gain in the battles, The greatest upgrades you will have for your team. Guards is a low-size game with hours of challenging gameplay for the fans of Strategy titles.