Freedom Planet is an Action game for PC published by GalaxyTrail in 2014. Stand against the aliens who are attacking the world!

Confront an alien invasion army and protect your realm as a youthful girl, with unique skills, go through your opponents and destroy them to reach more important stages. 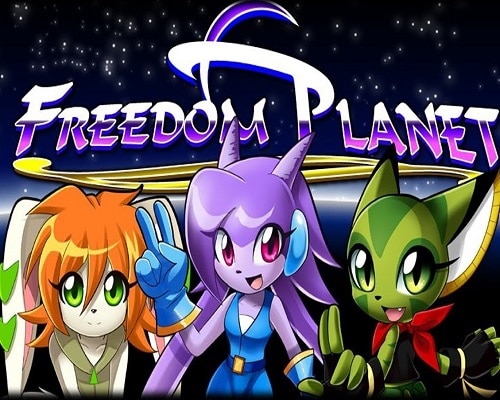 Freedom Planet is a combat-based platform adventure that pits a spunky dragon girl and her friends against an alien attack force. There’s trouble around every turn, from insects to giant robots to sheer explosive destruction, but you’ll have a variety of special fighting abilities to blast your way through each stage.

As Lilac, you can use Dragon powers to whip enemies with your hair, spin like a cyclone, or fly through the air at high speed like a comet.

As Carol, you can bust through foes with a flurry of punches and kicks or summon motorcycles that let you ride up walls and ceilings. Classic Sonic with Metroidvania elements makes this a great game to play.