Fieldrunners 2 is an Action, Strategy and Casual game for PC published by Subatomic Studios LLC in 2013. Stand in front of the invaders!

A tower defense game like the others at which the path of enemies to attack is obvious and you have to place defenses alongside the paths. 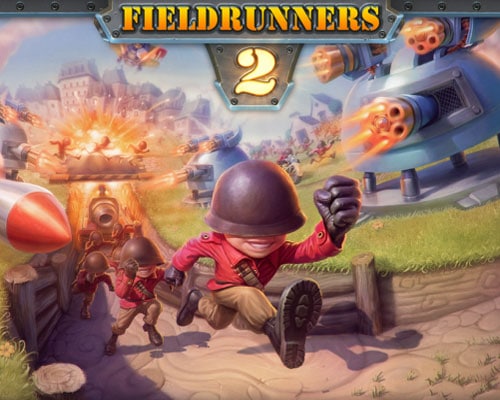 The primary levels in Fieldrunners 2 are so simple. There will be some defensive buildings with the soldiers. If you use them rightly, It would be possible to defeat the attackers within some minutes. The places that you choose for the buildings are important too. If there is a place that all of the enemy forces pass through it, The most powerful defensive tower should be there. There are some places on the map that it’s not necessary to place the towers there.

There are many modes at this tower defense game. The campaign mode is one of them. It has more than twenty hours of gameplay inside. It means that if you play this mode without any stop, It will take that much time to complete it. But most of the players can’t finish it in that time. Because you may lose in some of the levels at Fieldrunners 2. Because of that, It will take more than that time to finish all of the campaign mode’s levels. If you’re bored with this mode, Choose another one.

All of the modes at Fieldrunners 2 are challenging. There are twenty types of weapons to collect too. All of the weapons can also be upgraded to higher levels. There are different types of enemies at this game too. If you have tried the first version, You will see lots of changes in the second version such as higher graphics.