Fantastic Danmaku Festival Part II is an Arcade and Action game for PC published by 东方幕华祭制作组 in 2019. Fight the enemies!

The Scarlet Devil Mansion causes trouble in Gensokyo once more and the ladies start their move towards the scarlet mansion, face common opponents to battle! 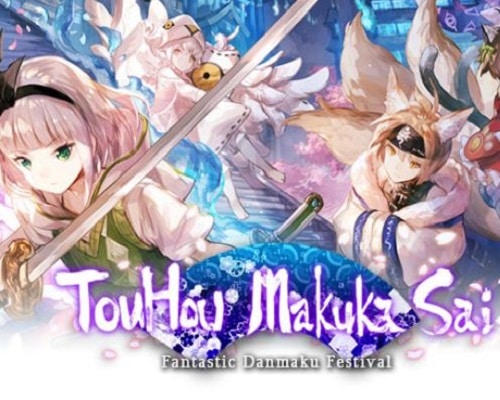 Touhou Makuka Sai ~ Fantastic Danmaku Festival partⅡ is a danmaku shooting game, which is the second part of Touhou Makuka Sai. The repeat of the incident is coming again. Can the girls going to the netherworld solve the mystery?

The spring of Gensokyo arrived one month ago… Unprecedented blizzard suddenly hit, making Gensokyo become colder than Winter. Soon, Youkais became restless under the overwhelming blizzard. “It’s too similar…it shouldn’t be a coincidence, should it?” Miko from jinja, a witch from the forest, and wind priestess especially come for the incident gather again. They all know something in the heart but also full of uncertainty and anxiety. To solve the mystery before the thing goes worse, they have to start off to find out the root of the incident, even under the fierce blizzard.

It seems like a normal day in Hakugyokuro, Youmu is required strangely by Yuyuko to make purchase meant at Human Village. “You know, how long it takes me to reach Human Village?” Though Youmu complains, she goes out without any further words. However, when she comes to the outland, the abnormal blizzard totally shocked Youmu. After continuingly questioned several woodcutters who search for firewood under the snow, Youmu finally convinced herself that it is now Spring. Everyone locked himself at home at Human Village, which totally ruined the purchase plan of Youmu. But what is even worse is that countless youkai is uprising under the blizzard in the Gensokyo…