Dungeon Hearts is a Puzzle, Arcade and Casual game for PC published by Devolver Digital in 2013. Battles with magics included!

Create a team of heroes to stand against the enemies who destroyed your lands using their magical powers. 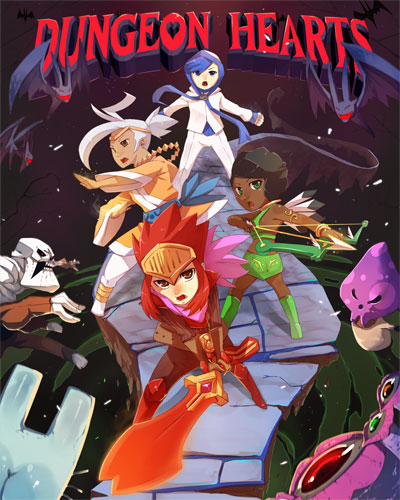 You can choose the characters who should be in your team. Each character has a unique ability that can be useful in the battles. If you want to turn into an honorable hero for your people, You need to try hard. There are lots of valuable treasures on your way. When you gather some of the treasures together, Your abilities get improved. Some of the treasures can be sold on the store too. So, When you’re fighting the enemies, It’s necessary to collect this type of items.

You can’t win the battles alone with one character. You need to have teamwork in the battles to be successful. Some of the characters can make combo damages on the enemies. If you discover their combo movements, It would be much easier to win the fights. There are some puzzles in Dungeon Hearts that will challenge your mind hardly. That’s why the players need to focus on the battles as well. The Devils are getting the control of your lands! Hurry up.

This Arcade game has limitless environments which are randomly-generated! This property gives the player a great experience of adventuring in a fantasy world. It’s good to know that there are four types of original soundtracks at Dungeon Hearts which can be unlocked by high scores.