Detective Girl of the Steam City is an Action, Adventure and RPG game for PC published by Kagura Games in 2019. Investigation time!

Step into a beautiful world where you will embark the story of Sophie who is going to become an investigator. 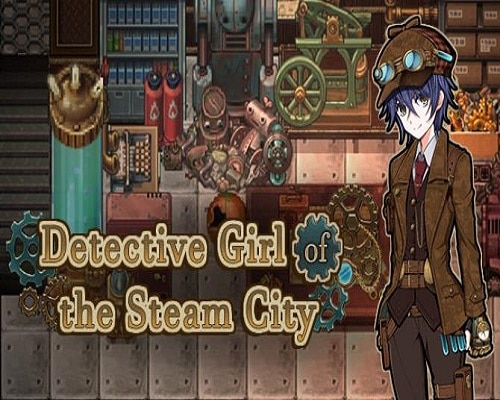 Sophie is a private investigator not unlike Sherlock Holmes. She resides in the Steam City, a metropolis going through an industrial revolution. In this growing city with a huge population, there are many different kinds of people; industrialists, workers, merchants, and average citizens.

However, within any big city, there are always criminals and conspiracies. The Steam City will need a detective on the case! It’ll be up to Sophie to uncover the mysteries of the Steam City through her investigations. What mysteries and intrigue await her? Find out in this Steam Punk RPG brought to you in native English!

Features of Detective Girl of the Steam City: