DemonsTier is an Action, RPG and Adventure game for PC published by Diabolical Mind in 2019. Unfold a story about a warrior!

Begin to explore an epic story while playing as a warrior through different cut scenes. 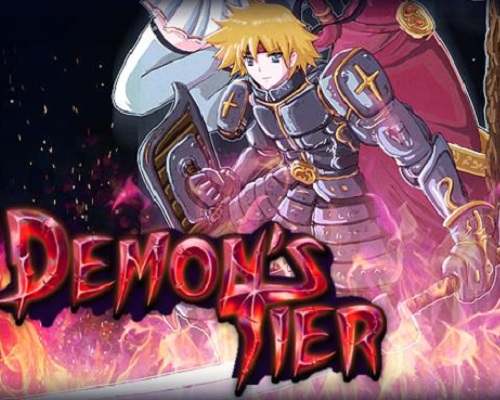 Thosgar, a hated king, attracted by the sorceress & demonic rituals, was consumed by his hatred & a fearsome urges, he then turned into a dark & diabolical being. Destroying almost all of humanity & flooding the world of monsters. All this was remembered as a legend until peace returned eventually… A Thousand years later, a mysterious pit has appeared in the village after a huge earthquake where a dark & evil aura emanated from…

From the union of RiddledCorpse and XenonValkyrie comes Demonstier, an RPG roguelike with elements of action, adventure, & arcade. Enter the dungeons of king Thosgar & destroy the demonic beings present there .

You play as a fighter initially (with the game mentioning that you can switch to one of many different types of characters later) as you delve deeper into chunky pixel dungeons for gold and relics. You have to balance the gamble between seeing how far you can go and potentially lose it all on death, or cutting your losses and fleeing before you die and, at the very least, returning to town with your coinage for spending/upgrading. It’s a fun balance that creates a nice feeling of risk for each dungeon delve.