CastleStorm is an Strategy and Action game for PC published by Zen Studios in 2013. Battle the enemy castles and gather resources!

Facing the Vikings as knights, you are going to confront them all and battle them to become victorious and gather resources. 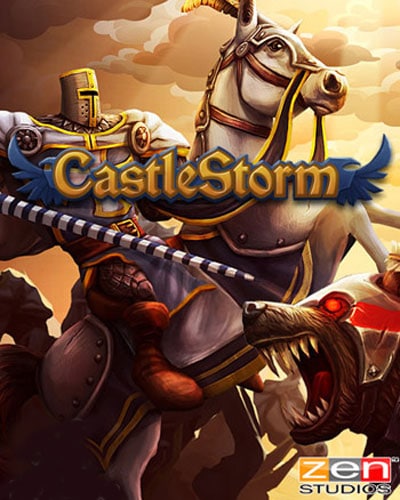 It is the medieval ages and everything is classic. You won’t face modern fights or weapons. So it fully depends on the player to destroy the enemy’s castle. At each , There will be some troops defending it. Before entering the castle, You need to kill them all. Some of them fights with sword or spear. And some of them will stay on the top of fort. These troops are named archers. They have great aiming skills but they can’t do anything in duels.

So try to defeat archers at first. There are some soldiers come out when you attack. You need to fight with them before attacking the castle. By being successful at some wars, You’ll get rewarded. Use these scores and prizes to upgrade your character. Weapons, Armors and the other equipment can be upgraded by earned coins. Use rational plans for attacks. If you go without a plan, There won’t be any victory.

There are some super abilities named Power-ups. You can get them from special places. But they make fearsome damages to the enemies. Also you can use Mana for spells. These magical abilities are limited too. CastleStorm has a short and nice story. If you don’t like to play in Story mode, Go to the other game modes. Show your skills at Castlestorm for glory. The king and people needs you.