Capcom Beat Em Up Bundle is an Action game for PC published by CAPCOM Co., Ltd. in 2018. Give a hand to your friends!

In order to save the world once more, you will have to get out there to face the invaders using your friends’ help. 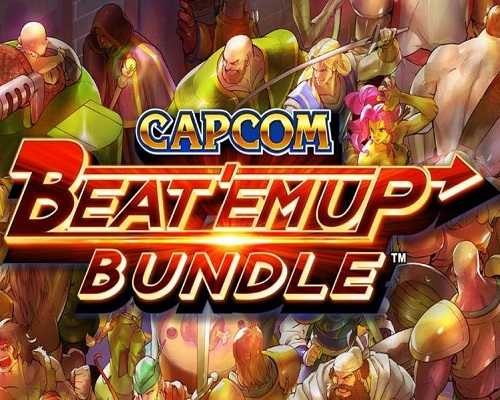 Relive the glory days of cooperative arcade games with the Capcom Beat ‘Em Up Bundle! This comprehensive collection includes seven classic games, each with various multiplayer options, online capabilities and detailed galleries! Say goodbye to game overs! Adjust your difficulty settings or give yourself more lives to battle through each game in its entirety. You can also play the English or Japanese versions of each title!

Games included: Final Fight, Captain Commando, The King of Dragons, Knights of the Round and Warriors of Fate, as well as two games that were previously unavailable on consoles: Armored Warriors and Battle Circuit! Grab some friends, stare down the bad guys and BEAT ‘EM UP!

The online works great, but honestly don’t think there are going to be enough people wanting to play beat ’em ups to warrant getting this just for the online aspect. Couch co-op is where this shines (All of the games excluding Final Fight are at least 3 players, and two of them are able to run 4 players). If you grew up playing these games in the arcades and just want some simple fun this is a great game.