BloodRayne Betrayal is a Hack and Slash, Platformer and Action game for PC published by Midnight City in 2014. Begin the fighting!

Control a superhuman to face the enemies of the world of humanity and kill them all as they are waiting for you. 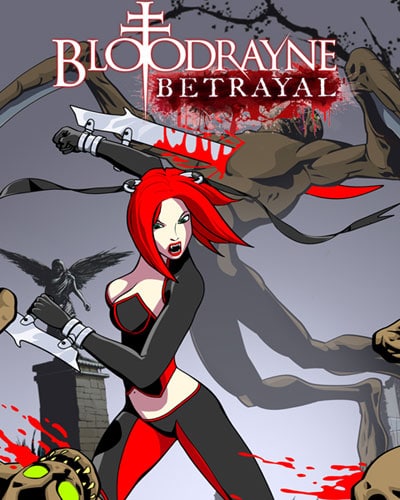 You should kill them all with your weapons. There aren’t any modern weapons like guns at this game. You will use something like blades to make damages on the enemy forces. Your main aim is to kill the evil vampire within fifteen challenging levels. It’s really hard to beat them with your special weapon. But it’s possible. If you finish all of these levels, there will be a way to fight with him directly. He is the most powerful enemy at this hack n slash game.

There are new characters available at the enemy team. The developers have designed them differently. You won’t see many repetitive characters in this version. Their powers are also much different from the others. If you want to kill them without any pain on Rayne, You should know their abilities well. Players should find a way to show that vampires are the strongest ones in this world. No one can stop them. Your character can bite the enemies with her teeth.

If you use this ability, Their body will be exploded within some seconds! There are other skills that players can earn all over this game. BloodRayne Betrayal wasn’t so much successful version in this franchise. But it’s acceptable for an Action Platformer game with Hack and Slash elements.