Block Story is an Adventure and RPG game for PC published by MindBlocks Studio in 2014. Become a pixel blocker in a pixel world!

As a Minecraft player, you would love this game too. The game provides a beautiful world full of adventures. 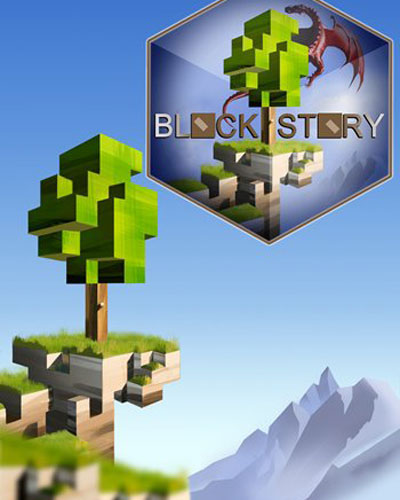 You need to create your character at first. Then, The player should search for an empty place. It’s necessary to build a stronghold. But you can’t do it in the start of Block Story. Because you don’t have enough equipment for it. The blocks and the other monsters will attack you in most of the times. This stronghold helps you to defend against them. The players can go to hunt a monster too. When you hunt any of them, New goods will be added to your collection.

As you can see in the game’s name, The dragons are your main enemies. They are more powerful than your character. If you want to defeat any of the dragons, You need to gain abilities. The character’s skills should be improved too. You can search this enormous world to get free items too. There are many items hidden in the areas. It’s not so hard to find most of them. You just need time to get them. When you had an extra item, It’s possible to sell it in the store.

The players will face a really big world. There are more than ninety types of enemies in it. If you like to gain more scores, You can get to the missions. Block Story has pixel-graphics environments. Because of that, You need to spend hundreds of hours to explore everywhere at this game.