Akane is a Casual and Action game for PC published by Ludic Studios in 2018. Kill your enemeis with a touch of your sharp katana blade!

A one hit samurai game at which you and your enemies die with only one hit. Your missions is simple, kill as many as enemies you can. So be careful and go on. 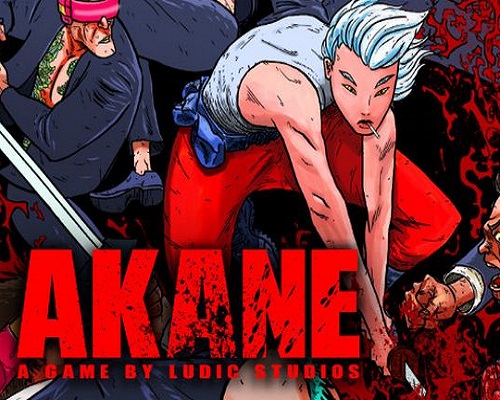 Akane is an Arena Arcade-Slash where you kill your enemies with only 1 hit. The objective of the game is simple, to kill as many enemies as possible.

An amazingly polished slasher that’s simple but very-very addictive, you move Akane around the arena slashing,shooting and deflecting bullets as you go. You accomplish certain task and goals to upgrade your gear, guns, katanas, and cigerettes. The game is fast paced and challenging for those looking for an adrenaline enducing high as you shoot and slash your way through waves of enemies with the sythwave soundtrack blasting in your ears.

The Cyberpunk neon Japanese aesthetics are on point. The game is beautiful, colorful and vibrant to look at. The tutorial takes you into a serene dojo where a young Akane is being mentored by her Master to be the deadly neon samurai that she grows up to be, it also serves as a backstory to the main character. Verdict 5/5 A great pick up and play game that is absolutely gorgeous to look at and extremely affordable to boot, you’ll have a hard time putting this down.