A Wolf in Autumn is an Adventure game for PC published by David Szymanski in 2015. Being lost in an unknown place, find a way to survive!

You wake up in a wooden house finding you have been sleeping for days, and now you must find a way out. 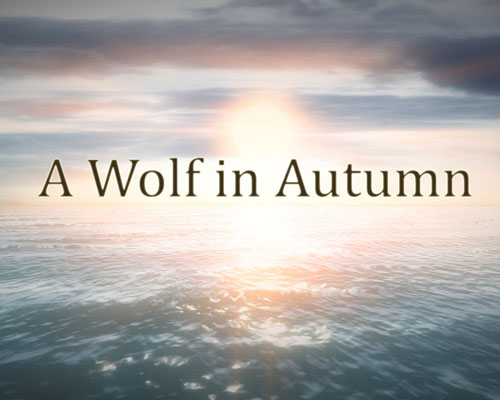 After escaping from a locked shed, a young girl finds herself in the middle of an idyllic autumn forest. At first her surroundings seem peaceful, and she’s comforted by her mother’s voice coming through a strange tin device. But gradually, things begin to turn disturbing and sinister. And the distant howling of wolves begins to move closer… A Wolf in Autumn is a dark, surreal psychological horror game, from the developer of Fingerbones,The Moon Sliver, and The Music Machine. It focuses on creating a short engaging horror experience that relies on narrative, pacing, context, and atmosphere rather than jump scares.

The main character of A Wolf in Autumn is a girl. The environments in this game are all based on the dreams. That’s why this game can be placed in Surreal games genre too. Autumn season has been designed really good at this title. The designers have used colors like red and yellow more than the other colors. Because it’s Autumn! There is a short but nice story for this amazing game. The players feel really good when the story gets completed.

Although A Wolf in Autumn has low size, The graphics are in 3D. Level design is normal and the gameplay can be funny for more than some hours. If you’re a fan of Indie Adventure games, This one would be awesome.

Features of A Wolf in Autumn: